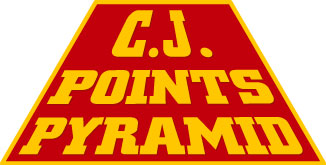 There were some really close contests in Round 1. Single digits separated the winners from the losers. Did you make the cut?

So congrats to Beau, Brooks, Gilman, Will, Bret, Margaret, Kelly and Novak who move on to the winners bracket. The rest of you head to the losers bracket where you can still battle your way to 5  more points.

Small sample size, but it looks like you bookworms got the raw end of the deal. I thought ‘dedication’ would be hard for sure, but didn’t anticipate the category being that much harder overall. Only one Bookworm moved on (Bret) so represent!

• In group 4 Kelly trailed Melissa and Colin 19-21-21 with Novak left to answer. Novak aced Kelly’s board and fell short on Melissa & Colin’s, letting Kelly squeak by. Arbitrary drama due to order of events I know, but it was suspenseful. I was real worried I could have a 3 way tie on my hands to deal with once he aced Kelly’s board.

• Four players aced a board: Novak, Will, Margaret and Hungry Joe
• Will tops the answer portion, with 19 of 21 possible points. He also made the most guesses. Take note everyone else.
• Beau(farm), Pete(dentist) and Gilman(pizza) top the clue portion, each with 18/21 on their boards solved.
• Two of you attempted to solve your own boards. Two of you did not ace them.

Two people in Group 1 know their Crispix. Unfortunately for them, the only people who got points were those who did not know.
Beau – Wheat: “Crispix is corn on one side and this on the other”

Messed up Fairy Tale Department:
Margaret – Goat: “Three of these live under a bridge”

I figured this word could cause trouble, but there was a man with a plan:
Michael – Root Canal: “painful procedure that many need to get done. Think Panama!”

From the “made me laugh twice” department
Colin – Publisher: “the crook that sells your book”
Colin – Dedication: “how you apologize to your spouse for writing a novel”
to which Kelly answered “by naming a hot character after her”. Bravo to Novak for getting the right answer.

A couple of you educated me as well. I learned about additional birthing aides…
Melissa – Pineapple “this is a tangy fruit with prostaglandins that grows in tropical areas”

I also learned from Bret that baby Jesus was lucky a few goats didn’t start nibbling on his toes while laying in a trough.

Good job everybody! See you in the next round. I’ll get the next boards ready today sometime.