The Puzzle Competition Winners are… 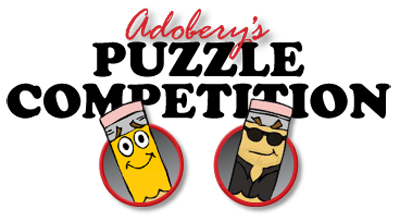 First of all, I want to say thank you to everyone who played. Thank you for enduring my mistakes, my frequent update emails and my ridiculously long directions for the power games.

This game took a lot of work and time, certainly more than I had anticipated, but as long as y’all had fun it was totally worth it. I know at times, the puzzles may have been cruel, but I didn’t know what to expect from you puzzlers and I needed varying difficulty to separate the field.

It was quite the learning experience, especially on the Power side. I have a lot of tweaking to do with the powers and how everything balances out and interacts on that side, which should improve that aspect of it the next go round. I think the power puzzles themselves were pretty tight by the second half of the competition and I really enjoyed those.

Thank you for the time you guys certainly must have put into it. I got a kick out of the alternative answers y’all came up with throughout the competition. Hopefully I haven’t scared any of you off and you’ll want to come play again once I come out of modding hibernation. My inbox will be lonely, and therefore I will too, in the meantime.

Without further ado, here are the results!

Pure Puzzlers
5th Place: (263) Randy “I always enjoy looking stupid” Sorrell
Devastating last week. He held onto second for most of the competition, but got tripped up, and his Alphabits weren’t enough in the last week. I have been impressed by your puzzle solving all season long. So close!

4th Place: (266) Kelly “Sure I’ll play. I love Survivor! I mean Survivor!”  Wells
After being just out of the Top 5 for weeks, Kelly makes a late run to get in.

2nd Place: (273) Peggy “I hope these puzzles don’t get me fired” Sorrell
Despite all the self-doubting and all the poubting, she still makes it all the way to #2.

1st Place: (302) Matthew “Puzzle Master” Gilman
This guy was beating down my door at midnight every Sunday looking for the next puzzle. He was looking to do Power puzzles for fun. This guy eats puzzles for breakfast.
Congratulations, Matthew. You are the first Pure Puzzler Champion!

Power Puzzlers
Heading into the last week, the race was very tight. There are so many elements to their scores: Pure puzzle, Power Puzzle & power usage, that it was hard for any of them to know quite where they were and when they could feel safe from attack.

6th place: (156) Andrew “Swamp” Haugen
The lone elimination. Mostly because he was unaware Pure points factored into his Power score. Next time.

5th place: (327) Erik “Ken Jennings” Dikken
He was golden in Let’s Make a Deal. He blew the competition out of the water in Jeopardy. He squeezed in every last possible second of free time in before starting his puzzle. The man was efficient. Plus he has the coolest washcloth this side of the Mississippi.

4th place: (341) Matt “I’m not complaining” Novak
Nobody was more into the Power game than Matt. If he had a Power, he used it. If my inbox wasn’t full come morning, I worried the internet was broken. I really enjoyed his enthusiasm for the game and our lengthy “discussions” about the rules and game setup.

3rd place: (371) Bret “Where’s the Rifle Power?” Higgum
Bret held the lead for a good stretch in the beginning, and he was never far from the top. He was second only to Matt in power usage.

2nd place: (400.5) Brooks “What do you mean I didn’t win this either?” Maki
Brooks was not the mover and shaker I imagined in this. Week after week he took abuse from competitors and their weapons. Week after week he just kept scoring and eventually moved up to the top in spite of all of it. He also had the funniest Pyramid clues out there.

1st place: (465.5) Kelly “I simply have no chance to win” Wells
Despite conceding victory by week eight, Kelly was never far off the lead, if not in the lead from that point on. This game was much closer than the final point spread. Kelly put up Barry Bonds like numbers and hit 9 HRs in the final Puzzle Derby which gave him 4 Stealth Boomerangs, the most powerful weapon in the game. This turned his likely victory into a guarantee.
Nobody could touch the man on Scrambles, Scattergories, or Scrabble (we’ll forget about that one misstep).

Congratulations, Kelly! You are the first Power Puzzler Champion!

If you have some time to kill, here is a link to the exciting notes I took during the game:
https://docs.google.com/document/d/1hBXlYqLu7rq0MMhW59A21eL9ipzo3YsuKZrpbgKipcU/edit

I am interested to hear what went on behind the scenes with the Power puzzlers. I didn’t get the impression too much was going on. I will be sending out surveys to get feedback on what was good/bad with this competition and any suggestions you have, but feel free to dump it here. Don’t hold back, I can take it! I just ask that Novak compile all of his advice into one easy to read file.

Thanks again everybody! It was a blast! Puzzle on.